One of the main endangered species we survey is the desert tortoise.  RCA Associates, Inc. has done many surveys for this species.  The Desert Tortoise is native to the Mojave desert and can be found through the Southwestern United States. 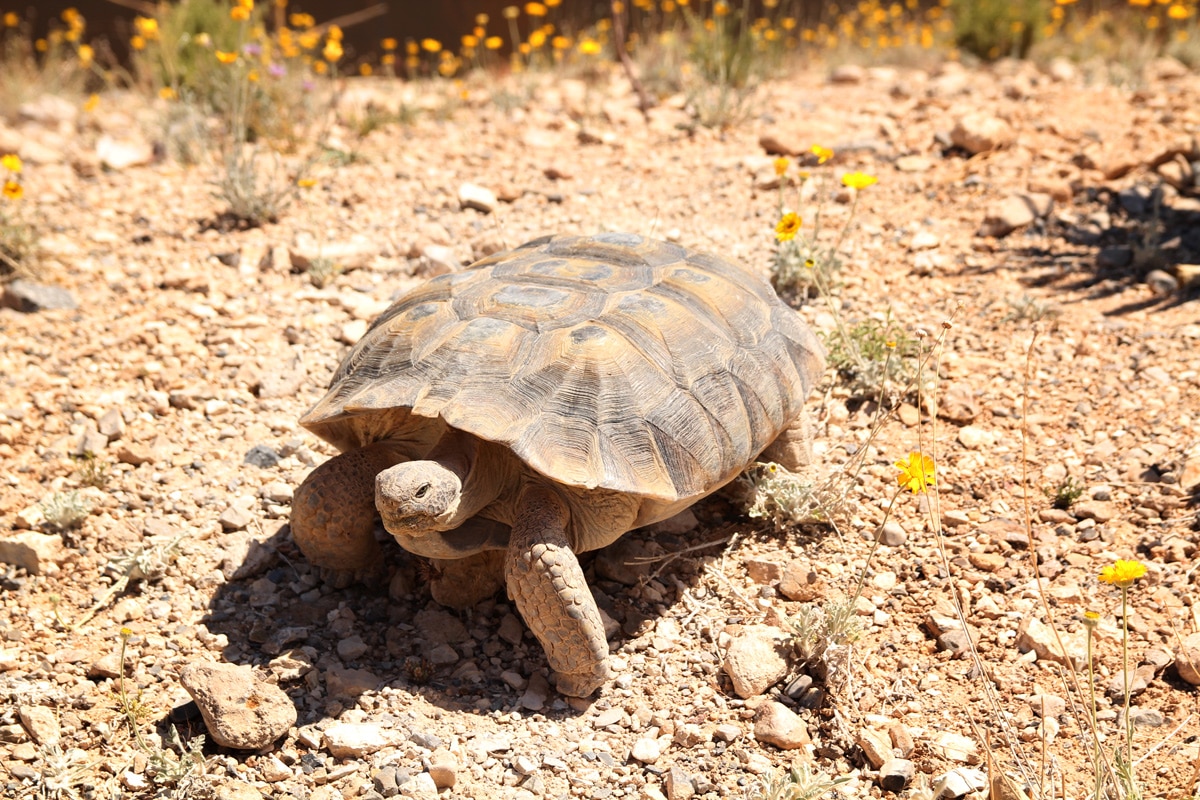 The species range includes Arizona, California, Nevada, Utah. The desert tortoise can live anywhere between 50 to 80 years old.  Their main habitat consist of Joshua tree woodland, Mojavean desert scrub and Sonoran desert scrub.  Desert tortoises mainly live in their burrows most of the time.   Burrows are tunnels dug into soil by desert tortoises, which they use as their main shelter.  They also depend on bushes for shade and for protection from predators such as coyotes and ravens.

Conservation Status of the Desert Tortoise

Tortoise populations in some areas have declined by as much as 90% since the 1980s and is a threatened species.  It is unlawful to touch, harm, harass, or collect wild desert tortoises.

A potential threat to the tortoise’s habitat is the development of wind and solar farms.  As a result, solar energy companies have been making plans for huge projects in the desert regions of Arizona, California, Colorado, New Mexico, Nevada, and Utah.

In order to maintain the dwindling population in the United States, the Fort Irwin National Training Center of the US Army expanded into an area that was habitat for about 2,000 desert tortoises.

Learn about another California species, the Burrowing Owl and other endangered species of California here.