The burrowing owl is a small owl found in North and South America.  Burrowing owls can be found in several habitats such as grasslands, desert areas, and open dry areas.  They nest and roost in burrows, hence their name.  Like most owls, burrowing owls do their hunting from dusk until dawn. 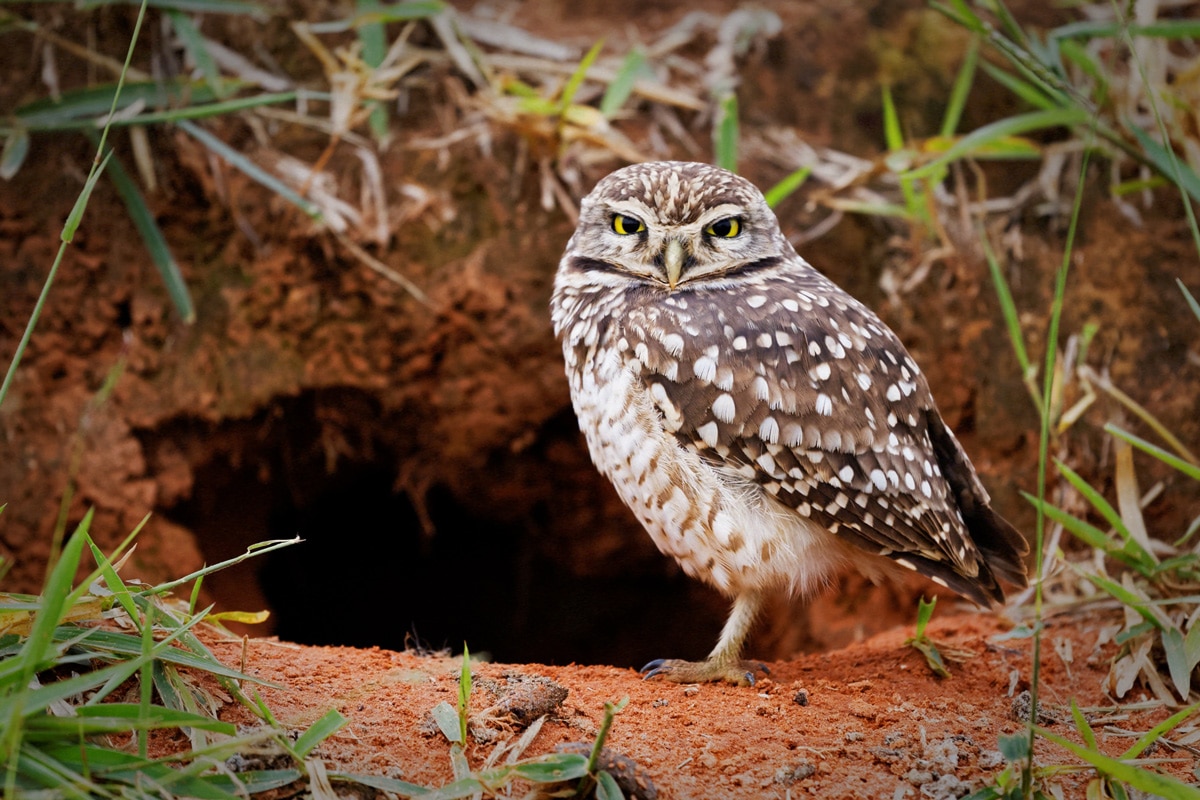 The habitat of the burrowing owl includes dry open areas like desert, grasslands, and agricultural areas.  Due to deforestation, they are expanding into different areas.  They can range from the southern Canadian provinces to southern Mexico and some parts of western Central America.

Burrowing owls can live to about 9 years in the wild.  In captivity, they can live over 10 years.  The burrowing owl is endangered in Canada and threatened in Mexico, Colorado and Florida.  Burrowing owls have protection under the Migratory Bird Treaty Act.

One of the main reasons the burrowing owl population is declining is due to loss of habitat.  On the contrary, research shows that these owls are making adaptations to the rapid urbanization of their habitat.

Click here to learn more about sensitive species surveys. And check out our blog post on endangered species in California.